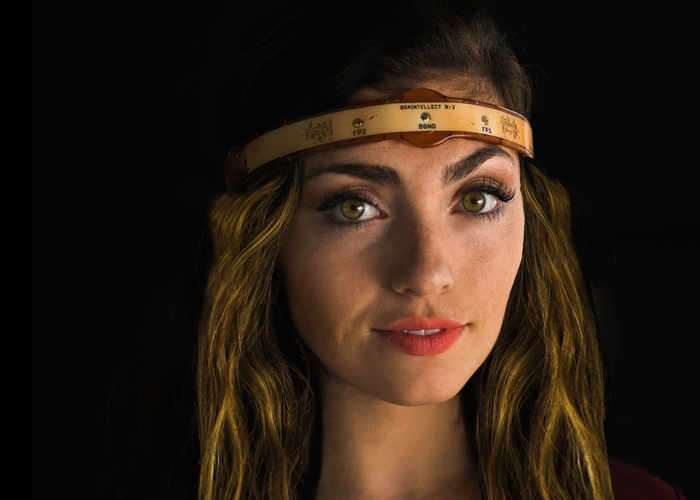 If you have trouble sleeping or achieving a healthy night’s rest you may be interested in a new wearable headband which has been designed to be worn for just a few minutes to provide 85 percent of users with a deeper longer and more relaxing sleep pattern.

Watch the demonstration video below to learn more about the B2v2 Headband which has this week launched via Kickstarter to raised the $20,000 the development team requires to go into production.

Our B2v2 headband can change that for many of the 60 Million Americans who can’t sleep 85 to 90% of our clients sleep more deeply and effectively; waking up refreshed, with more energy, to successfully face their day. Clients experience numerous other benefits as well. Numerous scientific studies have shown that poor sleep compromises performance and health.

“Nearly every disease killing us in later life has a causal link to lack of sleep,” according to Matthew Walker, a UC Berkeley professor of psychology and neuroscience. “We now see sleep, and improving sleep, as a new pathway for helping remedy that.”

10 Surprising Effects of Sleep Loss – According to WebMD. Sleep loss costs the economy 411 billion per year. Those who sleep well perform better and earn higher wages, making the B2v2 a worthwhile investment in your success.  Because lack of sleep causes a very long list of issues for the body and mind. Improving your sleep can have a significant impact on your health and well-being, as well as your relationships, because, let’s face it, when you’re grumpy, everyone suffers.

The B2v2 Headband is now available to back via Kickstarter with pledges starting from $195 and delivery expected to take place during November 2017.