Local Motors has this week unveiled a new adult drifting cycle called the Verrado Electric Drift Trike, which has been specifically designed to help you enjoy one of the most rapidly growing sports around the world, Drift Triking.

The Verrado Electric Drift Trike is fitted with an electric motor that lefts you drift on flat surfaces such as asphalt, allowing you to ride almost anywhere with complete control. Check out the video after the jump to learn more about the innovative and fun trike. 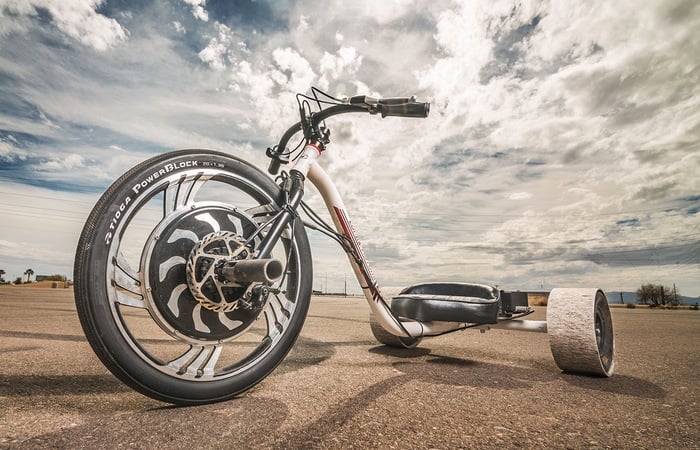 The Verrado Electric Drift Trike is equipped with a Lithium Cobalt Manganese battery that takes about 3 hours to fully charge and will run for around 45 minutes, or around 12 miles. Its creators explain :

“Looking to make trike drifting possible on flat ground, Local Motors’ engineers experimented with a hub motor and battery pack from one of Local Motors’ electric bicycle prototypes and produced the first iteration of an electric-powered drift trike. 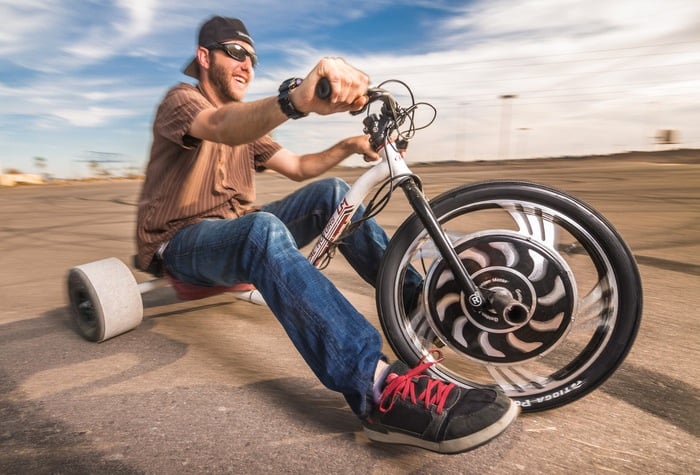 The Verrado Electric Drift Trike project is currently over on the Kickstarter crowd funding website looking to raise enough pledges to make the jump from concept to production.

So if you think the Verrado Trike is something you could benefit from, visit the Kickstarter website now to make a pledge and help the Verrado Electric Drift Trike become a reality.