If you enjoy all things Steampunked, feast your eyes on this newly created Steampunk fight stick created by Sam Kurd from B15SDM Designs. Kurd has used a set of Seimitsu buttons from the famed Japanese arcade button maker and added lashings of Steampunk goodness to create a very unique fight stick.

Looking underneath the game stick allows you to see the detailing that has gone into making this awesome fight stick, which even has a clock (non working) built into the joystick component of the controller together with buttons that light up in white light when pressed. View a gallery of images after the jump. 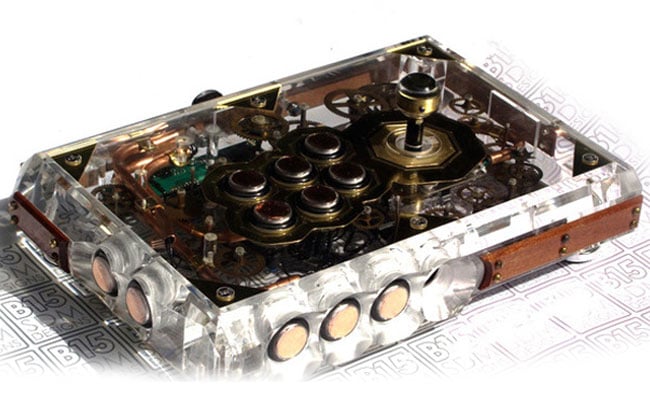 Its also equipped with a blue-green LED light at the bottom of the fight stick, providing a beautiful glow when used in the dark.