If you fancy add ing a little extra ambient light to your HDTV, PC or mac you might be interested in an awesome new open source concept called the Lightpack.

Lightpack has been designed to make it easy to add ambient light to almost any display, and connected to a PC, Mac or HTPC via a simply USB connection, and can even be controlled via your mobile device. Watch the video after the jump to learn more about the Lightpack project and see it in action. 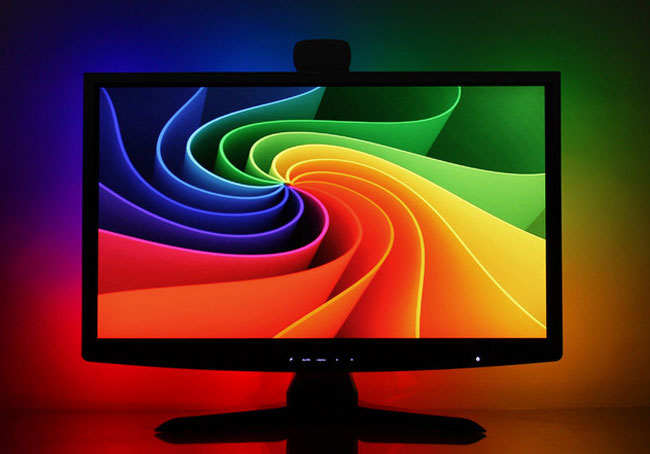 “Lightpack is an open-source device, which lightens your computer or TV screen to strengthen the presence effect. The device needs to be mounted on your TV or computer screen and to be connected to your PC, Mac or HTPC via USB.

The software analyzes what you currently have on the screen, be it a movie, a game, or anything else, and sends this information to the Lightpack device which in turn lightens the surface behind the screen with matching colors using the RGB-LEDs available within the Lightpack device. You can find basics about Lightpack working principles in our project wiki.”