Which have then been used to create a movie sequence showing the Lego models in action, with the Tumbler tearing up the streets with The Bat “flying” above. Watch the video after the jump to see them in action. 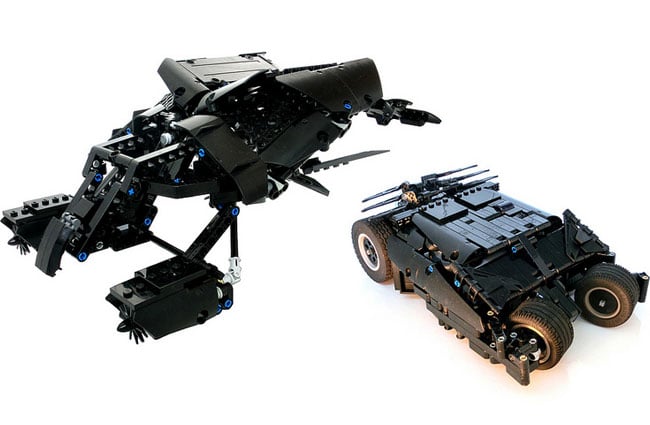 Even though from the movie it looks like the motorised Batman Bat can actually fly, alas it unfortunately cannot, and its flying sequences have been created with special effects.

But it still doesn’t take away from the awesomeness of the builds and Lego mastery that has gone into creating the Batman models.