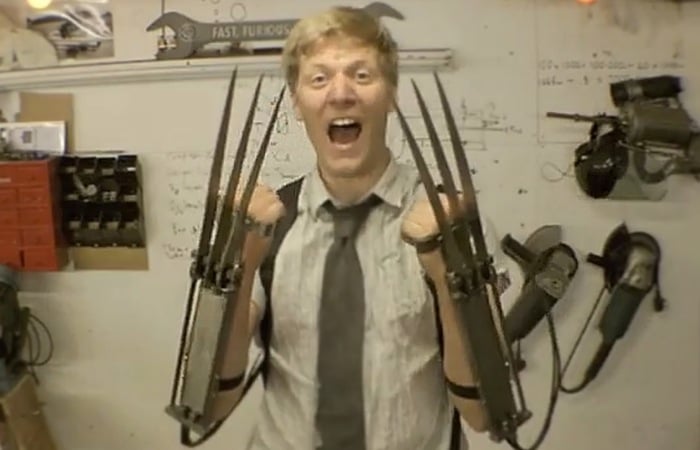 Colin Furze the crazy British inventor has unveiled a new creation this week in the form of a pair of compressed air powered Wolverine claws that are both awesome and look extremely lethal.

The replica Wolverine claws that are used by the X-Men character Wolverine, can be controlled to extend and retract when required and are powered by compressed air cylinder which is worn on the users back. Check out the video after the jump to see these awesome air powered Wolverine claws in action.

Colin explains : “The first ever fully automatic wolverine claws that deploy AND retact automaticlly. These beuatiful 12″ stainless steel claws fire out at the touch of a button and bring me as close as anyone has to feeling like they have adamantium claws. I think these are best on the net so hope you like em.”

For more amazing inventions created by Colin jump over to his YouTube channel for a well of weird and wonderful projects that he has undertaken over the past few years.