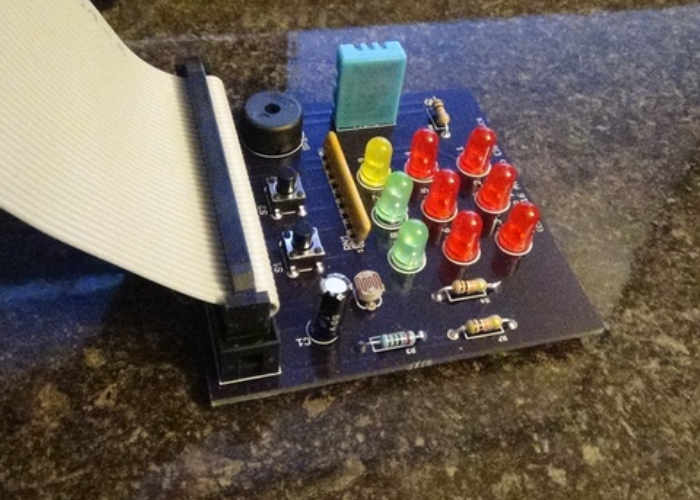 The creator of the Avocado Pi explained little more about the inspiration behind the new Raspberry Pi add-on board and its features and functionality.

Back in 2013, we successfully developed the Young Person’s Guide to Arduino and Avocado Beginner Board kit through Kickstarter. The project was a great success and has even been used in summer science camps for kids. It is now time to do the same thing again, but this time for the Raspberry Pi and with the Python programming language.  The Avocado Pi circuit board makes learning Python programming simple, fast, and fun. With the Avocado Pi and a Raspberry Pi (not included), you can learn how to program at a fast and engaging pace.

Not only is Python one of the best ways to introduce young people to programming, it is also one of the most useful and in-demand programming languages on the planet. PBS, NASA, and Reddit use Python to program their websites. Thousands of scientists and engineers use it to run experiments and analyze data.

There are hundreds of ways to learn Python on computers, but the Avocado Pi helps you experience Python as you learn it. With this kit, you will turn on lights, make noises, and operate switches while you learn how to program. The Avocado Pi collects all the beginner circuits into a nice little board that allows you to focus on the programming instead of the wiring…creating a programming experience in every lesson.

The Avocado Pi Python Programming Guide will be written for young people and have the following 17 projects for beginners:
Starter Projects:

• A Flashing Light – turn on a light on the Avocado Pi circuit board.
• Blinking lights – turn two lights on and off
• Make a light switch – turn lights on and off by pressing the switch
• Beating lights – make the lights turn on and off like a beating heart
• Tone generator – make the Raspberry Pi output a sound from the speaker
• Light Dimmer – Make lights dim and brighten by pressing different buttons.
• Rolling the die – press the button to make the lights turn on like a dice is rolled
• Crazy lights – lights flash on and off randomly.
• Doorbell – make a doorbell out of the Raspberry Pi.
• “It’s my turn” timer – Raspberry Pi counts down so everyone get’s their turn.
• Temperature lights – Raspberry Pi turns on lights depending on how hot or cold it is.
• Night Lights – turns the lights on when it gets dark.
• Burglar alarm –  makes a noise when a burglar comes around.
• Humidity alarm – make a noise when their is too much moisture int the air.
• Pull data off the web – shows you how to read information off a website and use it in your Python programs.
• Simon Says – use the two switches to follow along with Simon.
• Plotting Temperature – shows you how to plot some simple graphs with Python.

For full specifications and to make a pledge from just $55 to receive one of the very first Avocado Pi boards when they start shipping during April 2017, jump over to the Kickstarter website via the link below.