Anyone who has thousands of floppy disks they need to archive but just haven’t got around to the daunting task of entering each one into a floppy drive manually. Is sure to appreciate the work of YouTube user DwellerTunes who has created a fully automated floppy disk archiving system that copes the disks and even takes a photography once complete. Watch the video after the jump to see the floppy drive archiver in action. 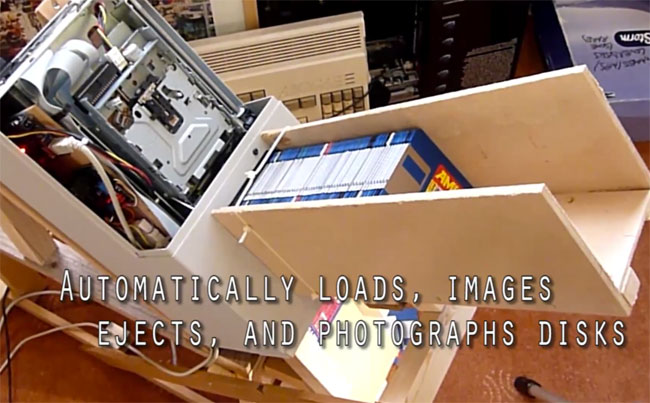 The floppy archiving system is powered by an Ardunio board and is currently working through a stack of old Amiga software. Each floppy disk is inserted, copied and ejected automatically, and the system even then takes a photo of the floppy disk to tag the data which has been copied from the floppy, making the archiving complete.

“I had thousands of old floppy disks to read, and it would have taken forever to process them all by hand.. This is the result, a Copypro CP-2000 wired to an arduino, a motor controller, and a kryoflux. Will automatically work its way through a hundred or so disks at a time.. “