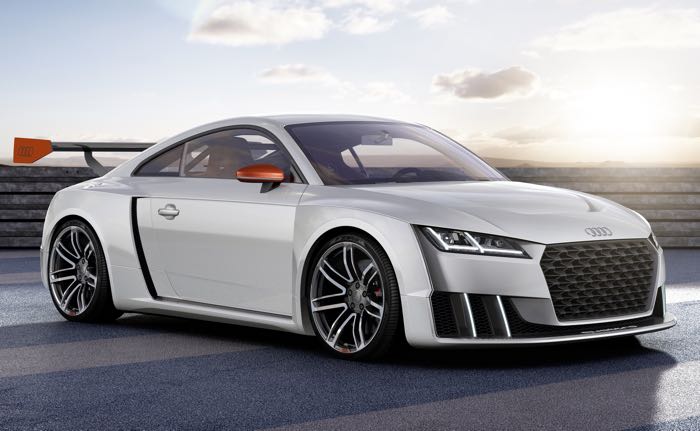 Several things go into making a car cool. It has to look good, offer performance, and sound good too. It looks like Audi is doing well on all accounts with the new TT Clubsport concept that we talked about a few days back. We know all the specs on the concept car already, and if you are wondering, Audi says that all of the hardware the car uses is near production ready.

That suggest that Audi could make this a production car. The Audi TT Clubsport uses a 2.5L 5-cylinder engine that uses a unique biturbo system. Traditional turbos are powered by exhaust gasses, which spin the turbo and cram more air into the engine to produce power. The problem with traditional turbos is that there is lag between when you hit the gas pedal and when the turbo is spinning enough to increase power.

To eliminate turbo lag, one of the turbos on the Audi is powered by a battery pack in the truck. By using an electric turbo, there is no lag and the car has power as soon as you hit the gas and then the normal turbo ladles in its own boost as well. If you want to know what the car sounds like, this video has turned up showing the TT Clubsport in grey doing its thing and that 5-cylinder engine sounds really good.