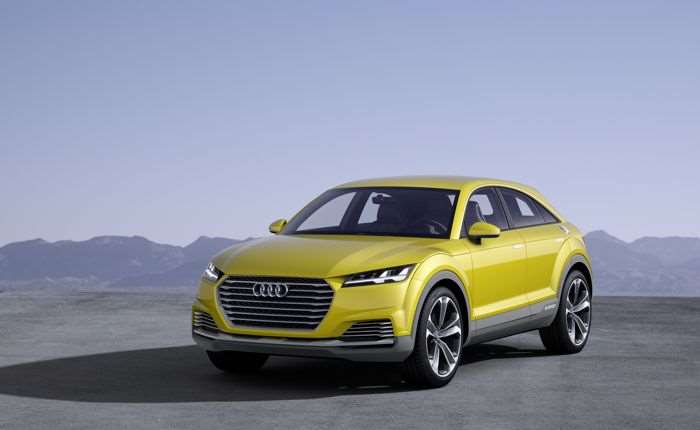 The Audi TT Offroad Concept was unveiled a couple of years ago and we previously heard that Audi had plans to out the car into production, it will launch as the new Audi Q4.

The Audi Q4 will launch in 2019 and the new SUV will be based on the design of the Audi TT Offroad Concept.

We can expect the new Audi Q4 to have a number of design changes over the original TT Offroad Concept, the car is expected to cost around £28,000.

According to a recent report, the new Audi Q4 will be based on the same MQB underpinnings of the Audi Q3 although the car will be around 110mm longer than the Q3.