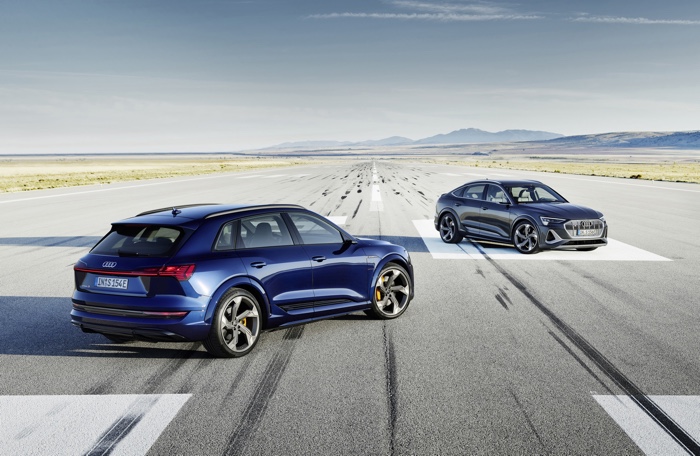 Audi is dding two new models it its E-Tron electric vehicle range with the launch of the Audi e-tron S and Audi e-tron S Sportback.

Both of these new Audi e-tron S models come with three electric motor, two for the rear axle and they have about 496 horsepower and 973 NM of torque.

The new S models have two electric motors on the rear axle and one on the front axle, making them the first mass-produced electric cars in the world to have three electric motors. Their drive layout is based on the modular construction principle: An adapted design of the more powerful electric motor that powers rear axle in the Audi e-tron 55

is now installed on the front axle.