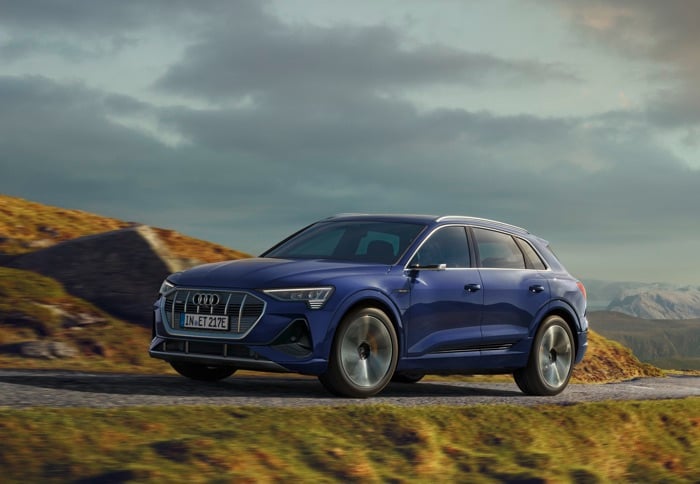 Audi has announced that their Audi e-tron SUV will come with a longer range and also improved efficiency, the company is launching a technical update for the vehicle.

According to Audi this new update includes both hardware and software so it will only be available on new vehicles and not ones already sold.

Every detail counts” – that was the principle that engineers working on the Audi e-tron applied as they succeeded in extending its range yet further. Future versions of the Audi e-tron 55 quattro** will be able to drive for up to 436 kilometers (270.9 mi) on a full battery charge (WLTP cycle), which is an additional 25 kilometers (15.5 mi) over its previous capability. Thanks to a new type of wheel brake, the developers have achieved further reductions in what is known as residual brake torque. This refers to losses that occur as a result of the proximity of the brake calipers to the brake discs. The drive system has also become more efficient. In normal driving, the motor on the rear axle provides propulsion as standard. Now, thanks to a number of optimizations, the front electric motor is almost entirely disengaged and disconnected from the electricity supply. Only when the driver requests more power do both motors spring into action. Running without power or drag losses, the major advantage of the asynchronous motor concept, is even more effective as a result. In addition, the usable range of the high-voltage battery has increased.

You can find out more information about the Audi e-tron over at Audi at the link below, the company recently introduced another version of the vehicle, the e-tron sportback.