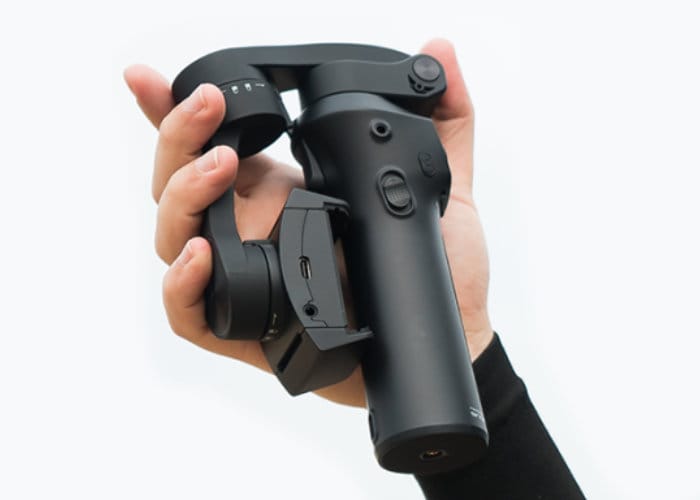 Smartphone photographers and videographers searching for a small pocket smartphone gimbal may be interested in the ATOM. Weighing just 440 g or 15.5 ounces the ATOM is a three axis smartphone gimbal that can accept a 310 g payload features one-key switch, zoom and focus control. Watch the demonstration video below to learn more about smartphone gimbal which is already raised over $325,000 via Indiegogo thanks to over 3300 backers with still 24 days remaining on its campaign.

Available from $79 early bird ATOM pledges are expected to start shipping during November 2018. Early bird prices offering considerable 46 percent saving off the recommended retail price which will take effect once the crowdfunding campaign comes to an end.

“Motors in conventional phone gimbals are not big in order to keep a relatively small size and light weight, and normally those gimbals just have a payload around 220 gram. If they want to increase the payload, they would have to make the motors larger, at the price of sacrificing the using experience due to the larger size and heavier weight.” 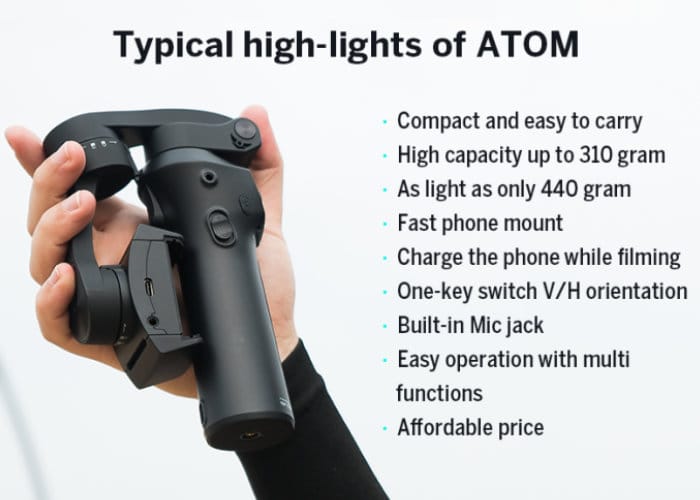 For a full list of all available pledges and full specifications jump over to the official Indiegogo crowdfunding campaign page created by Snoppa Technology.