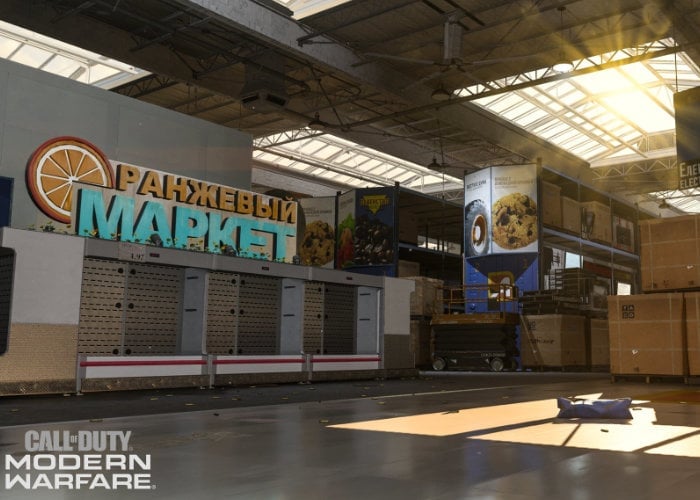 Modern Warfare Season Two is now available to enjoy bringing with it to new maps in the form of Rust and Atlas Superstore. Veteran Call of Duty players may remember Rust, a desert oil yard battleground with fast-paced combat. Atlas Superstore As a completely new map set in a warehouse store allowing players to battle through aisles, over toppled boxes, and other wrecked merchandise. Check out the Modern Warfare Season Two trailer to learn more.

“A warehouse-style supermarket that gave Verdansk citizens everything from lumber and fresh fruit to oversized stuffed bears, Atlas Superstore is now the ransacked base for Al-Qatala forces. Among the remains of whatever goods this market sold are crates and canisters of highly dangerous materials for war, with natural light peering in from the roof of this exposed structure. The market itself isn’t the only playable area; be prepared to take action into the employee-only rooms and out into the side shipping and receiving entrances.”

– Atlas Superstore has a mix of long corridors – also known as the shopping aisles – and cramped rooms, making any loadout viable on this map. Whatever you decide to use, keep in mind its strengths and weaknesses as you weave through the massive market.
– Because the shelves are not fully stocked, it is possible to see your enemies browsing the aisles next to you. Be on guard while travelling through these spaces, lest your rival gets a free hit or two on you.
– These warehouse shelves are also enough to support an Operator or a few, which allows for some unique ways to travel across the map. Learn the shortcuts and high ground spots around Atlas Superstore, and you might just become a master of the market.
– Some employee areas, namely the ones accessible from either team spawn, have prime views over the market down below. Even if you have to check out of the main combat zone for a while, taking overwatch from one of these points could help your team push an objective or clean up the aisles in general.
– Atlas Superstore is an exposed structure, with multiple points in the roof opened up to allow natural light and air into the massive warehouse. In terms of how this applies to combat, it is possible to pilot Killstreaks through these gaps, and it is absolutely necessary to do so in order for them to be most effective.