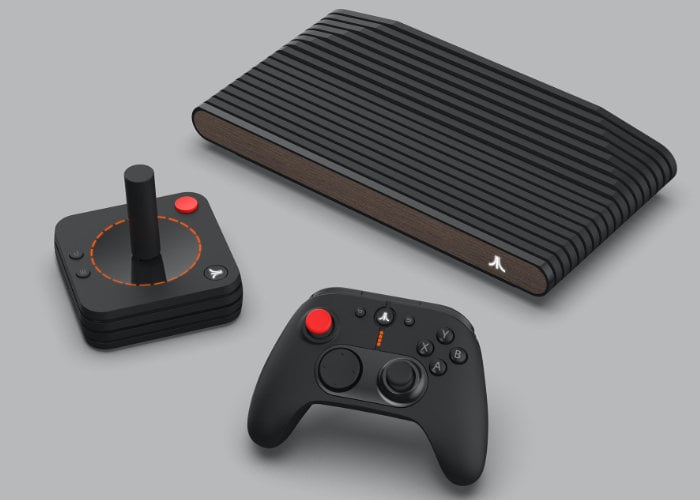 Finally after a long wait the retail release of the Atari VCS console has finally happened in the games console is now available to purchase from the official Atari website and other partners and resellers worldwide including Micro Center and Best Buy to name just a few. Crowdfunding backers of already receive their consoles but it’s the first time that the Atari VCS retro-inspired games console has been available to buy via retail establishments. The VCS was first unveiled back in 2017 as the Ataribox and was originally expected to start shipping during the middle of 2019 but unfortunately was delayed due to a series of development issues.

Atari VCS specs include an AMD Ryzen R1606G system-on-a-chip supported by 8GB of RAM and 32GB of storage, both of which are upgradeable if desired. The retro games console is equipped with two USB 3.1 ports on the front and two on the rear along with Ethernet and HDMI 2.0 ports. The Atari VCS is now available to purchase priced at $400 for the walnut version and includes a wireless joystick and controller with additional controllers available to purchase at $60 each.

“Atari returns to the living room with a retro-inspired, completely modern video computer system. New and classic games meet streaming media and a universe of web-powered entertainment on Atari’s first-ever connected home platform. The console delivers unprecedented levels of flexibility and control that will help transform how we Interact with our TV’s, just as the original Atari 2600 did four decades ago.”