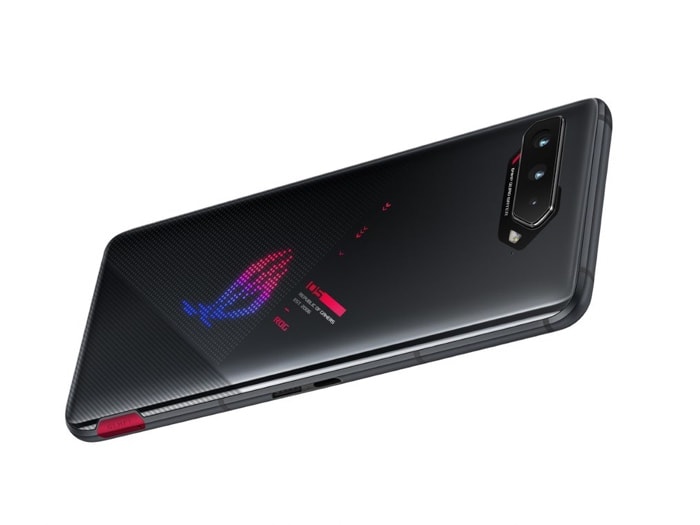 The ROG Phone 5s Pro comes with 18GB of RAM and 512GB of built-in storage, both handsets come with a 6000 mAh battery and Android 11 with ROG UI.

Both devices feature a 24-megapixel front-facing camera for Selfies and video calls, on the back of the devices there is a 64-megapixel main camera, a 13-megapixel ultrawide camera, and a 5-megapixel macro camera.

The latest flagship Snapdragon 888+ 5G Mobile Platform powering the ROG Phone 5s series provides boosted performance, unrivalled speed and multi-gigabit class WiFi 6E[3] to take the mobile gaming experience to the next level. With the clock speed now up to a blistering 3 GHz[4], the CPU performance is designed to deliver unmatched mobile processing power. All models also feature up to 18 GB of fast LPDDR5 RAM to dramatically increase the overall gaming performance.

To enable maximum sustained performance, the GameCool 5 cooling system in the ROG Phone 5s series has an optimum thermal structure featuring a cantered CPU with the battery split into two parts, one located on each side of the CPU. This ensures that the heat generated by the CPU is transferred to all the edges and corners of the chassis simultaneously for higher thermal efficiency. The re-shaped 3D vapor chamber and extensive graphite sheets also help to spread the heat evenly across the device to reduce heat build-up in the middle. The AeroActive Cooler 5 intakes and expels an incredible amount of air directly onto the centre of the phone — right where the CPU is — to deliver an amazing up to 10°C drop in the CPU temperature[5].

You can find out more details about the new Asus ROG Phone 5s and 5S Pro over at Asus at the link below.