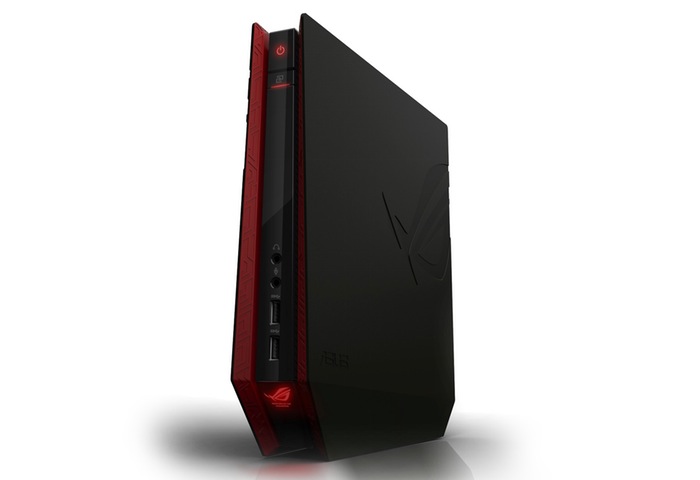 This week during Computex 2014 Asus has taken the opportunity to unveil their new Asus ROG GR8 Steam Machine together with a variety of other peripherals some of which we have already covered.

The Asus ROG GR8 Steam Machine has been designed to offer owners a powerful gaming PC that is equipped with a Intel Core i7 processor supported by Nvidia GeForce GTX 750Ti graphics.

The new ROG GR8 Steam Machine has been designed to be available loaded with Microsoft’s latest Windows 8.1 operating system but is fully compatible with Valve’s new SteamOS and Steam Controller which are both currently under development. A SteamOS-powered ROG GR8 will be launched at a later date says Asus. Asus explains a little more about the systems design:

“GR8 packs immense PC power into sleek console dimensions for gaming experiences that push far beyond your expectations. From the outstanding SupremeFX audio output to 4K/UHD graphics and no-lag Gigabit Ethernet networking, along with a design allowing easy upgrades of storage devices and memory, GR8 is hardcoded for gaming. “

For more information on the new ROG GR8 Steam Machine jump over to the Asus press release website for details.