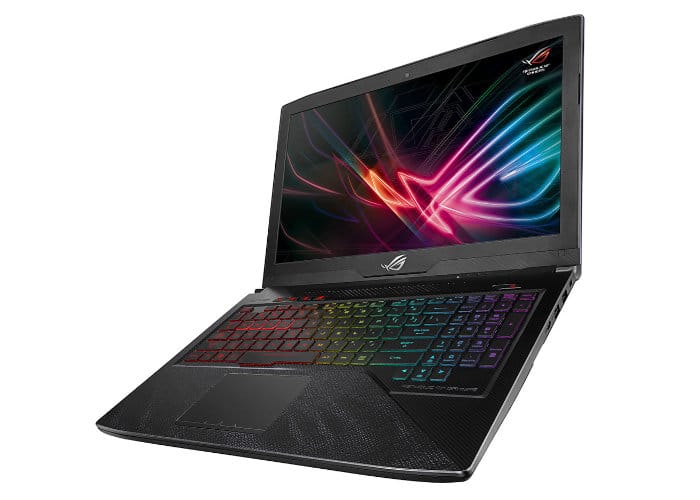 Starting with the ASUS ROG Strix SCAR Edition this gaming laptop has been designed to provide owners with a competitive edge in first-person shooter esports, in games such as Counter-Strike , Overwatch , and Team Fortress 2, says ASUS. Offering a gaming laptop that is powered by an 8th Generation Core i7 processor supported by NVIDIA GeForce 10-Series graphics, and equipped with an IPS-level display with a 144Hz refresh rate, 3ms response time, and NVIDIA G-SYNC technology. Other features of the Strix SCAR Edition include a desktop-style keyboard with Aura Sync, N-key rollover, and fast-actuating keys.

Moving onto the ASUS ROG Strix Hero Edition gaming laptop this system has been designed with Multiplayer Online Battle Arena (MOBA) games in mind, such as League of Legends and Dota 2, as well as RTS and RPG titles. The Strix Hero Edition is also powered by an 8th Generation Core i7 processor supported by NVIDIA GeForce 10-Series graphics, and features a 120Hz display with wide-view technology and a 130 percent sRGB colour gamut and includes a desktop-style keyboard with Aura Sync, N-key rollover, offering a 20 million keypress lifespan.

Finally the ASUS ROG Strix GL12 can be powered by up to an 8th Generation Intel Core i7 processor supported by NVIDIA GeForce GTX 1070 graphics and includes hot-swap bay for a 2.5-inch SSD enabling owners to to remove and replace the drive in seconds, without having to shut down the laptop to do so. Unfortunately, no information on pricing or worldwide availability has been released as yet by ASUS for the new Strix gaming laptops, but as soon as information comes to light, we will keep you updated as always.