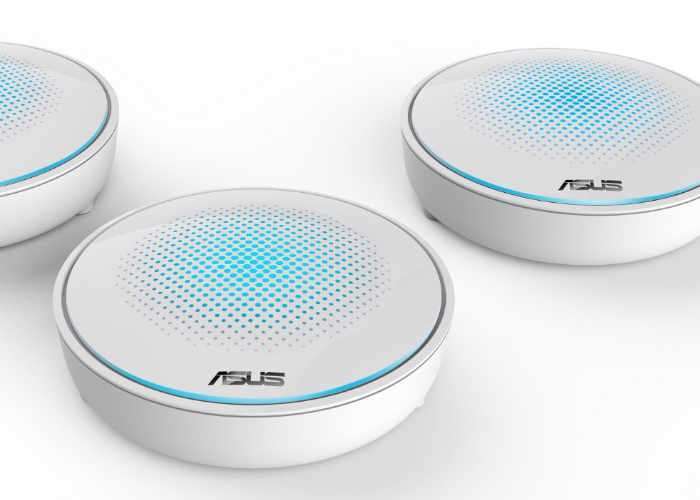 ASUS announce the imminent launch of a new high-speed wireless mesh-networking system which they have created for home environments and which eliminates wireless dead spots and reduces dropped connections for wireless devices while connected.

The new routers take the form of the ASUS HiveSpot and HiveDot Mesh Wi-Fi system and offer a modular system that can be expanded to suit any size property. In addition to dual-band AC1300 Wi-Fi, HiveSpot has a third dedicated 5GHz frequency band for up to 867Mbps.

An ASUS HiveSpot & HiveDot Mesh Wi-Fi System requires a minimum of three nodes, and up to five nodes can be used if needed. Any unit can act as either a router or a slave node: typically, one unit will be configured as a router — connected to the internet via the gigabit WAN port — and the others as slave nodes located throughout the home. Alternatively, one of the nodes can be connected directly to an existing router via a wired gigabit LAN connection. The slave nodes intelligently organize and extend the wireless network for seamless high-speed Wi-Fi connectivity throughout the home, without the performance and reliability problems often encountered with traditional router/repeater configurations.