A new sighting of the highly anticipated Asus Eee Pad Slider has been spotted on the German Amazon website. Is Asus now preparing to launch its new Eee Pad Slider tablet or is Amazon jumping the gun. Asus originally stated that their new tablet device might be arriving in May 2011 for a price somewhere between $500 – $800.

The new Asus Eee Pad Slider is expected to be running Google’s Android 3.0 Honeycomb operating system and be equipped with a 10.1 inch touchscreen display with a 1280 x 800 pixel resolution. 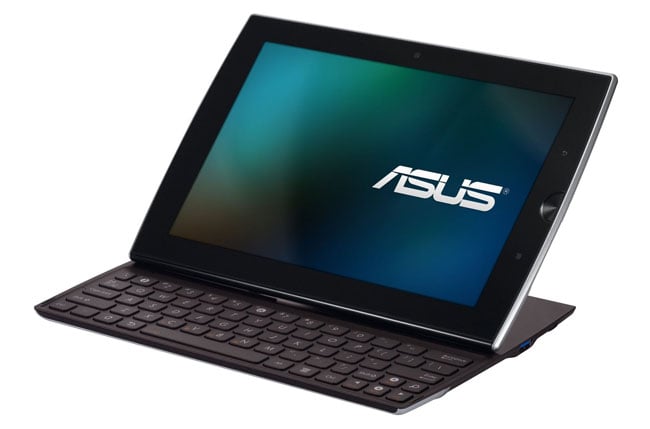 All powered by a swift NVIDIA Tegra 2 dual-core processor and fitted with both a rear 5 megapixel LED flash camera on the back and a front facing 1.2 megapixel web camera. Together with its neatly sliding full QWERTY keyboard and outputs including miniHDMI, miniUSB with support for microSDHC cards.