Talk about competitive pricing—or lack thereof. It’s been common knowledge for the past several months that Asus, the electronics giant best known for their world-class high performance motherboards and netbooks, is diving headlong into the eBook leagues with a slew of promising devices. 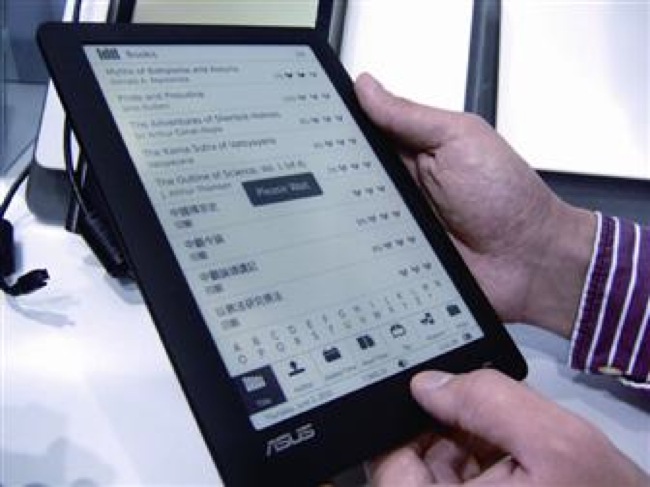 To further heat up the competition, new reports have surfaced of a yet unnamed device that has an 8” long screen plus a TFT LCD display with no backlight. Its Chimei Innolux built LCD screen promises to improve response times but this has not been supported by any news and hardly justifies its steep (read: astronomical) price tag.

Oh yes, have we mentioned this part yet? The initial press release that has circulated on the web indicated the reader will retail at a whopping $599 even if such a figure caused no small amount of brow-raising among observers.

A $599 reader in the aftermath of the iPad explosion and the sleeker/cheaper new Kindle? Strange indeed. However, new reports have suggested it may hit stores at “under $599” as a bundle.

Expected to debut this October, the world is hoping a drastic revision of its actual price comes around soon enough to entice the necessary customers away from the better-placed competition and into Asus’ orbit. If not, then the suspected add-on goodies (like web browsing) should be well worth the cash.