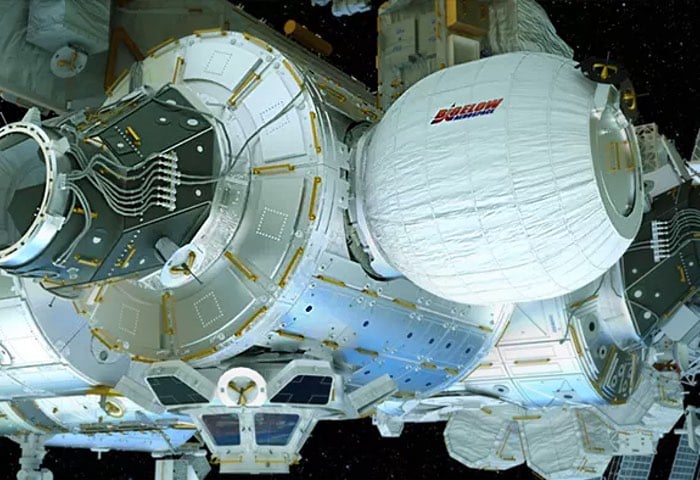 After a successful delivery and installation of the Bigelow Expandable Activity Module (BEAM) to the International Space Station (ISS) the first astronauts have now entered the new module to test it out and set it up for new equipment to be installed in the coming weeks and months.

To collect an air sample and set up equipment to monitor its status during its two-year lifetime attached to the aft port of the Tranquility module. Williams was the first astronaut to enter the habitat, which was expanded to its full capacity a week earlier. Once his work was completed, Williams closed the hatch again. Crew members will occasionally re-enter the module over the next two years to check BEAM’s condition. BEAM is serving as a prototype for possible expandable habitats that may be launched in the future to facilitate deep space exploration.