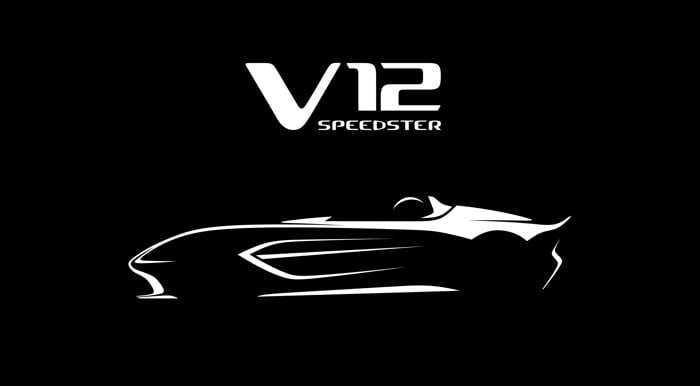 Aston Martin has announced that is it launching a new limited edition car, the Aston Martin V12 Speedster  and just 88 examples will be made.

The new Aston Martin V12 Speedster will be created by Q by Aston Martin and the car will be a two seater open cockpit speedsters with a V12 engine.

The Le Mans-winning DBR1, which in part inspired the V12 Speedster, delivered Aston Martin’s most high-profile motorsport triumph to date and, of course, needs no introduction. One of only three cars in the 1950s to win both the World Sports Car Championship and Le Mans 24 Hours in the same year, the DBR1 defined not only motorsport excellence but also exquisite design elegance – an enduring Aston Martin trademark.

Aston Martin are now taking orders for their new V12 Speedster and the first deliveries will start in early 2021.