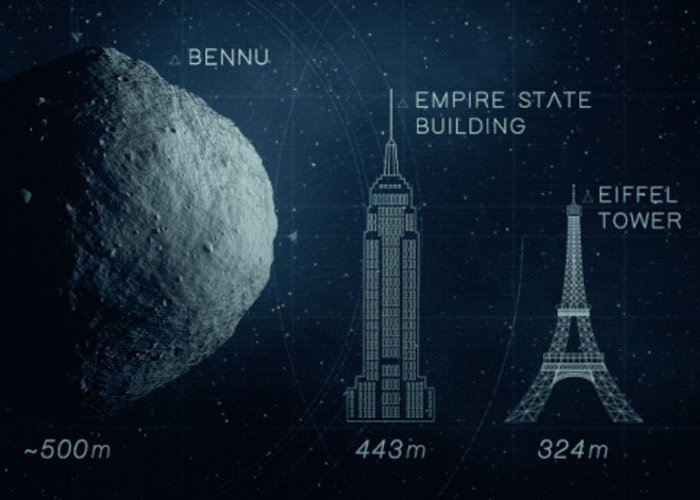 NASA has released a high definition image of the Bennu asteroid this week providing a great way you to explore the extraterrestrials body. The 3D animations were created using laser altimetry data and imagery of Bennu taken by OSIRIS-REx, the animations are available in Hyperwall at a resolution of 5760 x 3240 pixels.

“When NASA’s OSIRIS-REx spacecraft arrived at asteroid Bennu in December 2018, its close-up images confirmed what mission planners had predicted nearly two decades before: Bennu is made of loose material weakly clumped together by gravity, and shaped like a spinning top. This major validation, however, was accompanied by a major surprise. Scientists had expected Bennu’s surface to consist of fine-grained material like a sandy beach, but instead OSIRIS-REx was greeted by a rugged world littered with boulders – the size of cars, the size of houses, the size of football fields.

The main science goal of OSIRIS-REx is to briefly touch down on Bennu and collect a sample for return to Earth, but the asteroid’s unexpected roughness could pose a hazard to the spacecraft. Areas for safely touching down are fewer and smaller than anticipated, and OSIRIS-REx will have to navigate to them with unprecedented accuracy. Now, mission planners have identified four candidate sample collection sites, and named them after birds that can be found in Egypt: Osprey, Kingfisher, Nightingale, and Sandpiper. In mid-2020, OSIRIS-REx will descend to one of these sites, and collect a sample of pristine material from the origins of the solar system that will be studied on Earth for decades to come.”