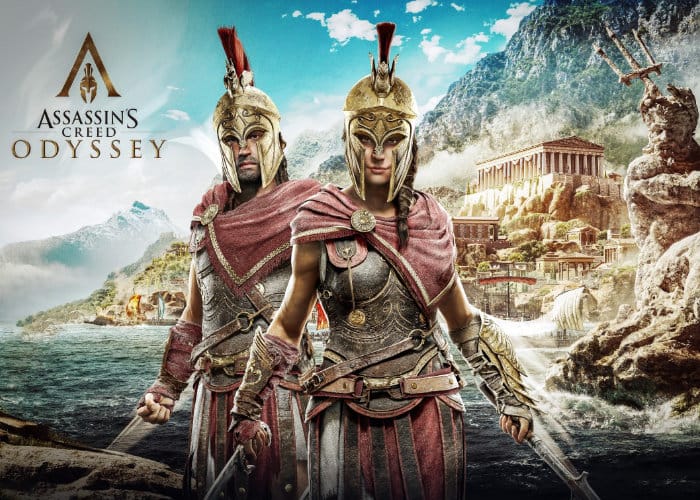 The Assassin’s Creed Odyssey game takes place in 431 BCE, four hundred years prior to the events of the last Assassin’s Creed Origins game. The storyline re-accounts the secret fictional history of the Peloponnesian War, which was fought between the city-states of ancient Greece. Players takes on the role of a mercenary and will be able to fight for either Athens and the Delian League or the Peloponnesian League led by Sparta.

“Assassin’s Creed Odyssey places more emphasis on role-playing elements than previous games in the series. The game will contain dialogue options, branching quests, and multiple endings. The player will be able to choose the gender of the main character, adopting the role of Alexios or Kassandra. The player will also have the ability to develop romantic relationships with non-playable characters of both genders, regardless whether they choose to play as Alexios or Kassandra. The game features a notoriety system in which mercenaries will chase after the player if they commit crimes like killing or stealing from non-playable characters.”