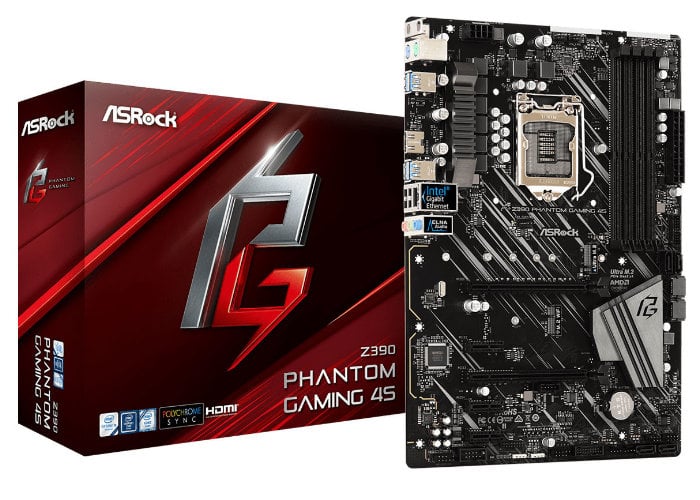 This week ASRock has unveiled its latest motherboard in the form of the ASRock Z390 Phantom Gaming 4S, which is expected to be the cheapest Z390 offering priced at around $115. Reports on the new motherboard include 1 x HDMI port, 8 x USB 3.2 gen one ports with four being positioned on the rear and the remainder positioned near the headers.

The AnandTech website explains : “The main focal point of the ASRock Z390 Phantom Gaming 4S is to provide users with a cost-effective and entry-level option onto Intel’s Z390 chipset without breaking the bank. On the controller front, the Z390 Phantom Gaming 4S makes use of the more affordable Intel I219V 1 GbE NIC, with the option to add wireless capability through a single M.2 Key E 2230 slot; this uses the Z390 chipset’s native CNVi. Also included is a Realtek ALC1200 HD audio codec with ELNA, which adds three 3.5 mm audio jacks on the rear panel.”

For more detailed jump over to the official ASRock website where product details will be available soon. If your budget will stretch a little further check out the video below revealing more details about the ASRock Z390 Phantom Gaming 9 motherboard.