Asphalt 8: Airborne is one of the most popular racing titles available in the App Stores of major mobile platforms, including Google Play, App Store and Windows Phone Store.

If you’re one of those few Blackberry users out there, waiting for Gameloft to release the game, you should be happy as its available in the Blackberry App World. But, there’s a catch, the game only works on Blackberry Z10 and Blackberry Z30 only. 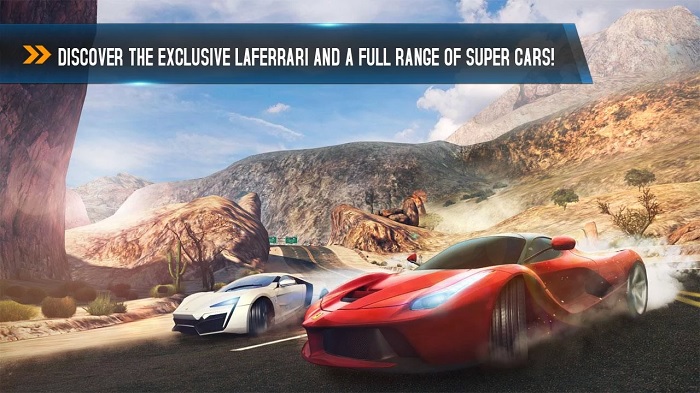 The game is all about racing with you taking the place of the reckless driver, performing insane stunts, wild jumps, barrel rolls and more. The game has a career mode with 8 seasons and lots of events, on various exotic locations in the world. As you complete events, you get more cash which can be used to upgrade your cars or unlock the new ones. The game also features Top licensed manufacturers and models like Lamborghini Veneno, Bugatti Veyron, Ferrari FXX and Pagani Zonda R, among the few cars in the game worth mentioning.

The game features stunning graphics, and a multiplayer mode that lets you test your driving skills against up to eight players from across the globe.

If you’re using Blackberry Z10 or a Z30, head over to the Blackberry App World and download Asphat 8: Airborne for your device. It runs for $0.99 in the App World.