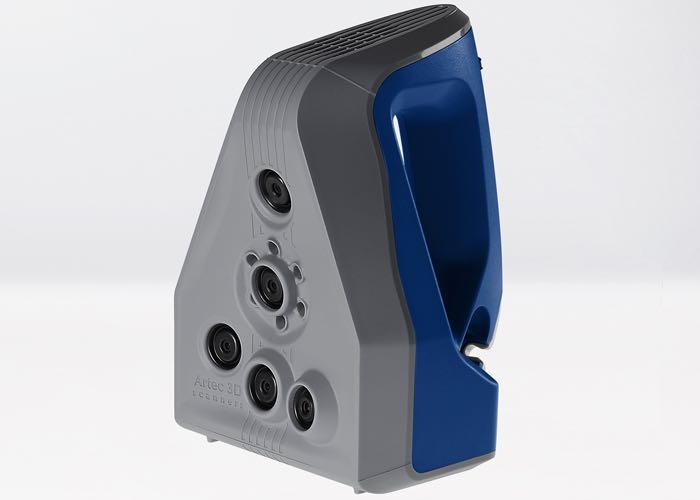 As well as announcing the update and release of their Studio 10 3D scanning software, Artec 3D has this week also unveiled their latest 3D scanner which takes the form of the Space Spider, that has been designed for 3D scanning in space.

Building on the technology that has been used to create the companies Spider 3D scanner that was first released back in 2013. The new Space Spider 3D scanning hardware has been designed to be used in extreme environments yet maintain its accuracy and ease of use.

The Spider scanner is capable of recordingobjects in high resolution and captures them using an accuracy of up to 50 microns in a resolution of up to 100 microns. Artyom Yukhin, president and CEO of Artec 3D :

“Imagine the potential of using 3D scanning technology on the international space station paired with a 3D printer,”- “The Space Spider boasts an enhanced cooling system that allows the user to capture accurate 3D data more rapidly. This handheld scanner can endure some of the most difficult situations on Earth and has been engineered to perform in nearly zero-gravity environments when called upon.”

For more information on the new Space Spider 3D scanner jump over to the Artec 3D website for details.