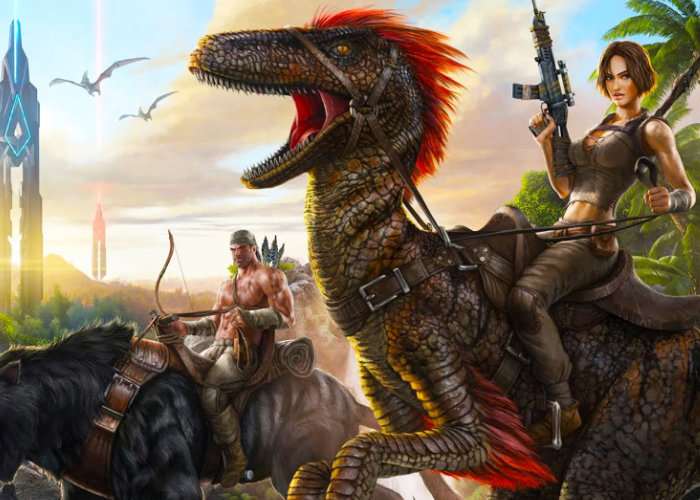 Gamers patiently waiting for the launch of the full Ark: Survival Evolved game on PlayStation 4, Xbox One, PC, Linux and Mac OS X. Will be pleased to know that following on from the release of the first game mode back in March 2016 developers, Studio Wildcard have now launched the full game.

Supporting both single and multiplayer gameplay Ark: Survival Evolved is a survival action adventure that puts players in an open world, during which they must navigate by foot or by riding prehistoric creatures. To survive, players must Quickly establish a base, with a fire and weapons after which they can then collect more resources to help them tame and feed dinosaurs as well as building more gadgets to help their survival. Check out the trailer below to learn more.

Stranded on the shores of a mysterious island, you must learn to survive. Use your cunning to kill or tame the primeval creatures roaming the land, and encounter other players to survive, dominate… and escape!

Over 50 creatures can be tamed using a challenging subdue-&-protect process. Eat and drink to survive, with different foods having different nutritional values (including human meat!). Harvest trees, ore, and more to become a master crafter. Level-Up your survivor by gaining experience through in-game actions to learn new crafting Engrams, or find higher level item Blueprints in the most dangerous parts of the ARK. On the 64+ player servers, your character, everything you built, and your pets stay in-game even when you leave. Special themed events will occur in the world with corresponding limited-run items!