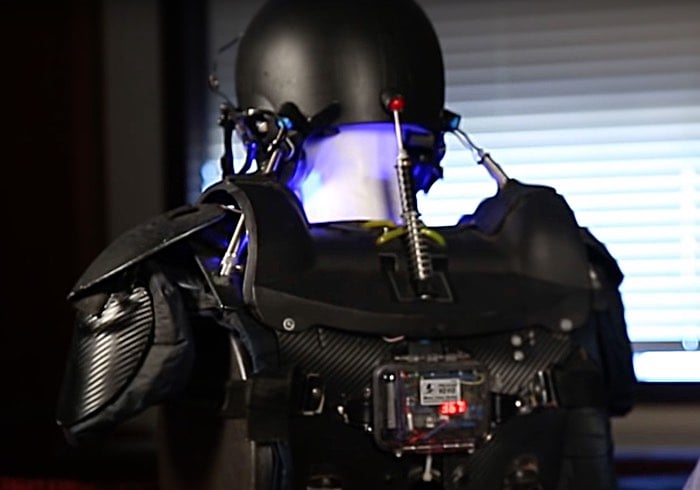 High school student Berto Garcia has used the power of Arduino to develop a new system that can be used by soldiers and possibly football players to help reduce whiplash and concussion whilst on the battlefield or playing field.

Check out the video below to learn more about the inspiration design of the new patent pending system which has been designed to help reduce concussion among athletes and has already won a number of accolades.

Woodpeckers. Long-horned rams. American football players. They all have one major thing in common: frequent, repeated blows to the head. Humans, however, seem to have a weakness not shared by the animals: they are more likely to suffer brain injuries from these impacts. “Why is it that none of these animals actually sustain any brain injury?” asked Alberto Garcia, an incoming sophomore at Texas Tech University.

He came across this phenomenon as a sophomore at Olton High School while working on his science fair project, which aimed to reduce concussions among football players. In his research he learned that, despite repeated impact to the head from trees or charging rams, studies found little evidence of brain damage in either woodpeckers or rams.

As he kept reading, Garcia learned both of these animals have natural stabilizers around their necks, which keeps their heads from whipping front and back on impact. Humans, without such stabilizers, suffered repeated impacts from this whiplash motion after the initial impact, which contributed to brain damage.

For the full story and more information on the teenager was created the system jump over to the Texas Tech University website for more details via the link below.