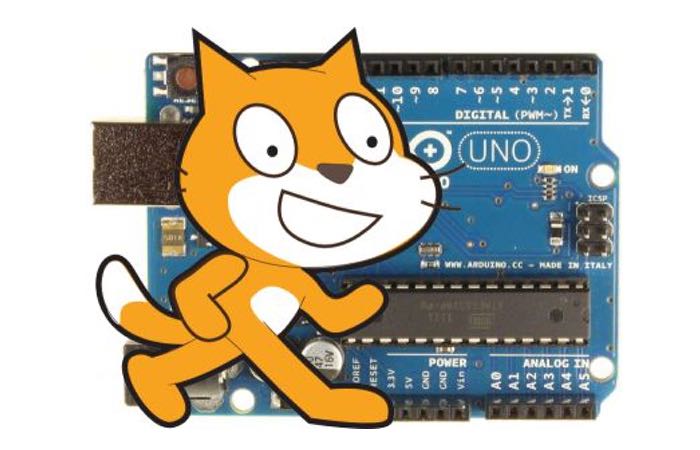 A new Arduino Scratch programming extension has been released this week for the Arduino platform as an experimental option, that communicates with the Firmata firmware on an Arduino boards.

A new ScratchX site has been created enabling you to create Arduino programs visually to control sensors and actuators connected to Arduino boards.

The new support allows users to create the Arduino commands using special Scratch blocks, but more documentation is available over on github, via the link below. Arduino explains :

“To start, we have blocks for working with LEDs, servo motors, buttons, rotation knobs (potentiometers), light sensors, and temperature sensors. There are also more general (and Arduino-like) blocks for doing analog and digital input and output.

Scratch allows kids (and everyone) to create their own games, interactive stories, and animations using a visual programming environment. Scratch is made by the Lifelong Kindergarten (LLK) group at the MIT Media Lab. The ScratchX.org site is a place for trying out new, experimental extensions to Scratch — e.g. for connecting to hardware or web services. As a member of both Arduino and LLK, I’m especially excited about this possibility to combine Scratch with Arduino.”