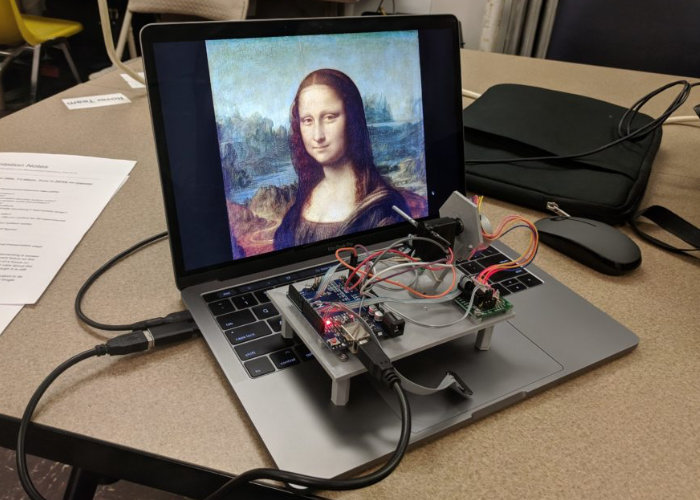 Arduino enthusiasts may be interested in a new single pixel scanning camera which is powered by an Arduino Uno combined with a TCS34725 sensor available from online stores such as Adafruit. Created by Tucker Shannon the system uses a pair of stepper motors which directs the sensor in a square spiral for image acquisition.

“The color sensor tells the Arduino what color it “sees” at any given time. By pointing it at every single point within a field of view, I can record these colors and use them later to reconstruct an image. Using two stepper motors, the camera points the sensor at every “pixel” within the photo and records what it sees. It uses these values to “paint” a picture of whats in front of it!”

If you are interested in building your very own scanning camera components used to create the Arduino powered single pixel scanning camera include an Arduino Uno, Adafruit RGB Colour Sensor TCS34725, x2 BYJ-48 Stepper motor with drivers, 3mm OD aluminium tube, x20 M3x6mm fasteners. Alternatively a photoresistor can be used in place of the RGB sensor for black and white photos if preferred. For more details jump over to the official Arduino blog by following the link below or the official Tucker Shannon Imgur album.