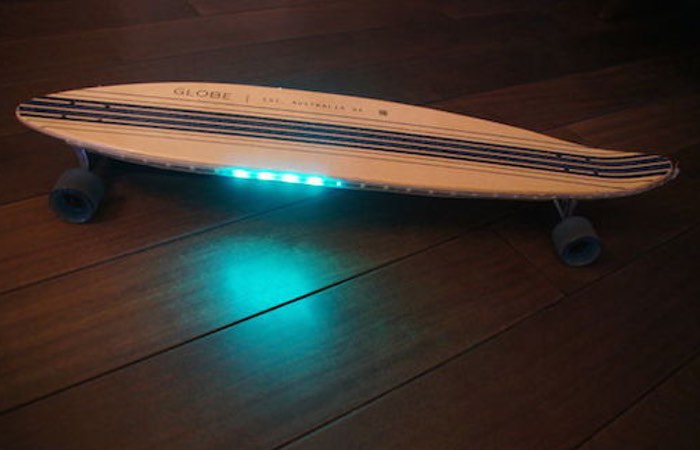 Maker and developer Rolf Hut has created an awesome Arduino powered longboard which is equipped with LEDs that react to the speed of the rider and board.

Check out the video below to see the Arduino powered longboard in action. The official Arduino website explains more :

To achieve this, the magnets are glued to the inside of each wheel, while a Hall sensor counts the number of revolutions and sends that information over to one of two Arduino Micros. The first Arduino translates that into a speed, while the second Micro converts that speed into a signal for the LEDs. Everything is powered by a power bank.

For full instructions on how to create your very own Arduino powered long board with speed reactive LEDs jump over to the Instrucables website via the link below. If you enjoyed this article you are sure to enjoy how to build your very own Arduino wind speed meter or anemometer project which is easy to build with basic Arduino skills.