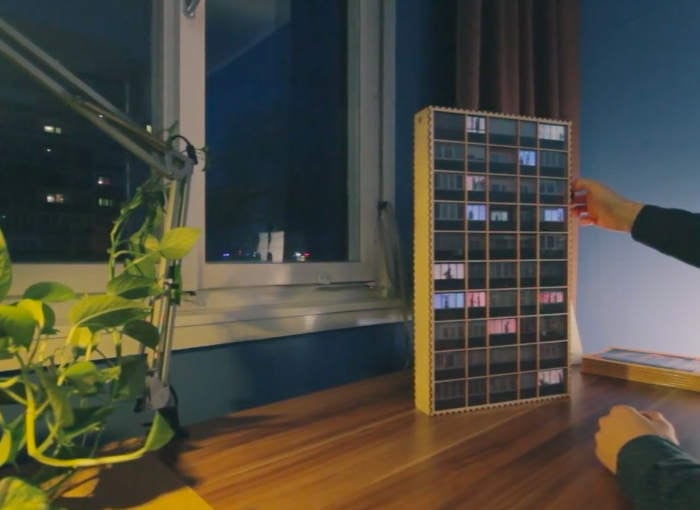 Arduino enthusiasts looking for a new project keeping them busy during the winter months, might find inspiration and be interested in a new custom-made interactive condo which has been created using a little Arduino hardware and programming.

Caretaker as the project has been named, consists of a custom-made switch board from which you can control the lights of a set of flats. Check out the humorous video below to learn more about the unique project.

If you want one of your own, simply take a picture of the building that you see from your window and Caretaker will design a laser-cut scale model of it for your use. The prototype runs on an Arduino and is battery-powered, allowing you to freely move it around.

The project is the work of Moholy-Nagy University of Art and Design Budapest (MOME) student, Máté Varga, in collaboration with Barbara Sterk, Miklos Erhardt, Adam Polhodzik, and FabLab Budapest.