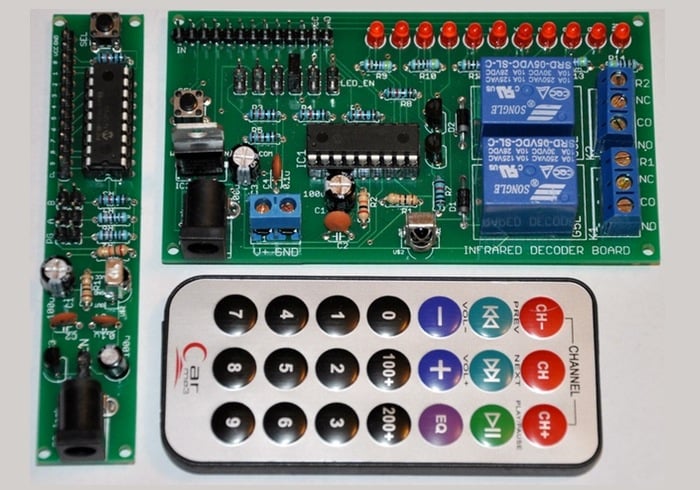 Developers, makers and hobbyists that enjoy making projects using the Arduino platform might be interested in a new Arduino compatible infrared learning processor board which has been developed by Patrick Thomas Mitchell based in Ottawa Canada.

Patrick has just launched his new Arduino supported infrared kit over on the Kickstarter crowd funding website and is already very close to passing his pledge goal with still 29 days left to run on his campaign.

Patrick explains a little more about his creation : “For the past several months, I’ve been trying desperately to design a unit that can learn signals from infrared (IR) remote controls.  I have never been able to make one that had more than one output, let alone save code data after power off.

I’ve designed two processor boards that can easily learn up to ten codes from an infrared remote control!  There are 10x outputs that can be used to control external circuitry, such as a TTL or Arduino project! The video below offers a more in depth demonstration in case the introduction video left you with some questions.”

For more information on the new Arduino infrared learning processor board set jump over to the Kickstarter website for details and to make a pledge to help the kit become a reality.