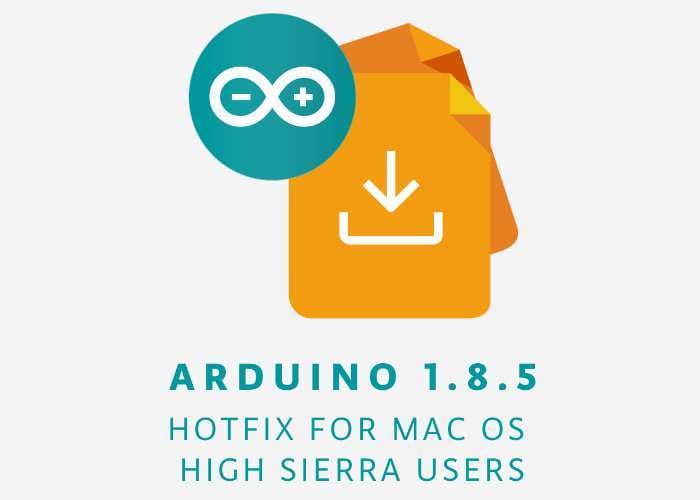 The official team behind the Arduino IDE has this week released a new hot fix for the latest Mac OS High Sierra, and corrects the important issue that has been encountered by Mac OS users who just updated to High Sierra (10.13).

The Arduino IDE allows you to easily program Arduino development boards such as the Arduino Uno, Mega and others as well as third-party boards that are available from online auctions and retailers.

If you are not using English as system language, any version of Arduino you launch will lack the menu in the system bar. Every Java application is experiencing the same problem, so it will probably be solved by Apple in the near future.

In the meantime, IDE 1.8.5 recognizes when the menu bar is not being displayed and replaces it with a Windows-style one. It may not be the prettiest thing, but at least it works! If you want to recover the old menu bar while keeping the whole system in your normal language, you can issue a single command on Terminal: