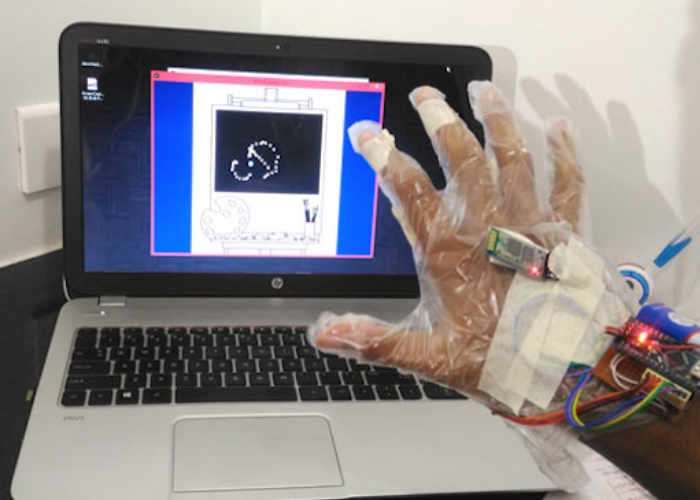 Arduino enthusiasts may be interested in a new project which uses an Arduino Nano mounted to a disposable glove together with a few sensors to create a gesture control system that uses a computer’s web camera.

Watch the video below to learn more about the Arduino gesture control system which is being created by B. Aswinth Raj and inspired by the Ironman movie gesture control interfaces.

In this tutorial we are using Processing to create a simple System application which provides us an UI and track the position of our hand using Image processing. Now, we have to make left click and right click using our fingers. To make that happen I have used two hall sensors (one on my index finger and the other on middle finger) which will be read by the Arduino Nano. The Arduino also transmits the click status to the Computer wirelessly via Bluetooth. It might sound complicated but, Trust me; it is not as hard as it sounds.

For more information on the new Arduino gesture control system jump over to the Circuit Digiest website for details by following the link below.