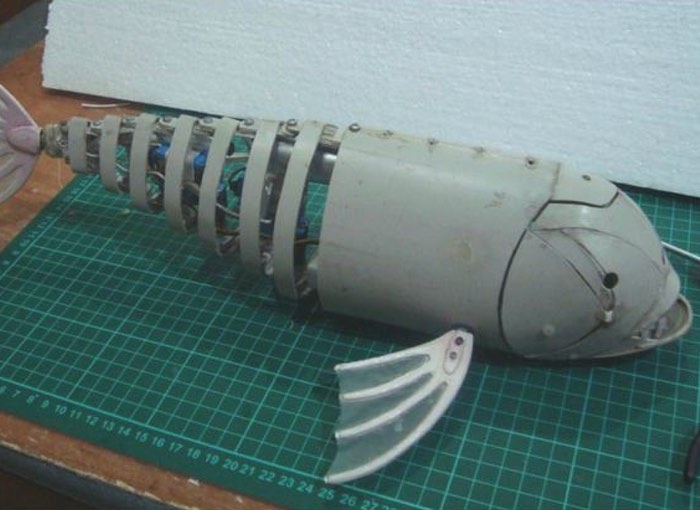 Arduino programmers and designer Eric Dirgahayu has this week unveiled a new robotic fish which has been created using PVC from waste pipe tubing and takes the form of an Arduino controlled fish that is capable of swimming underwater.

Watch the video below to learn more about this robotic fish which has been created using a handful of waterproof servos together with an Arduino Pro Mini micro controller board.

For full instructions on how to build your very own robotic fish together with all the schematics and code jump over to the Wevolver website via the link below. Dirgahayu explains more about the build and his plans for future development and implementation.

Now we already have a complete fish robot body, we need to provide it with life! We will use the Arduino Pro Mini because the shape is small and can fit into safety box. In addition, you also need Pro Mini Arduino Motor Driver for control of ballast tanks, UBEX for power protection and two cell LiPo battery 1000mAh for power.

My future plans for the robot include adding pH and water depth sensors, along with cameras and other devices to study underwater ecosystems. I would like to use the robot to detect the quality of water within an aquatic environment without disturbing the marine life.