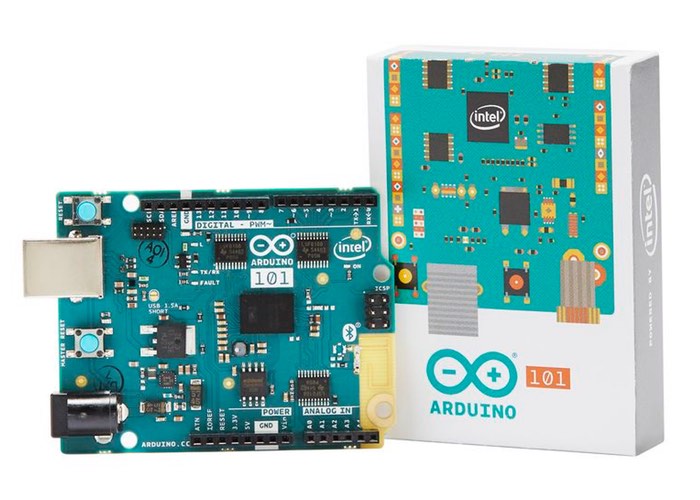 Intel and Arduino have unveiled a new development board this week in the form of the Arduino 101 as it will be named in the US or the Genuino 101 throughout Europe.

That has been equipped with Intel’s new Curie chip module, which was unveiled at the beginning of this year during CES in January 2015. Intel officially announced the new Arduino board during the Maker Faire in Rome 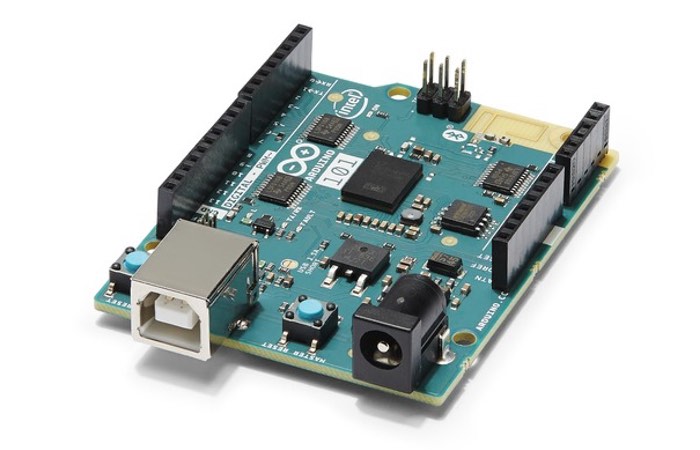 Curie is equipped with a 32-bit microcontroller together with a small amount of RAM and Flash. As well as a six-axis sensor with a gyrometer and accelerometer and Bluetooth Low Energy for connectivity.

The new Arduino 101 board that measures 7 cm long and 5.5 cm wide will be made available early next year and will be priced at $30 or around €27. The specifications of the new Arduino 101 development board include : 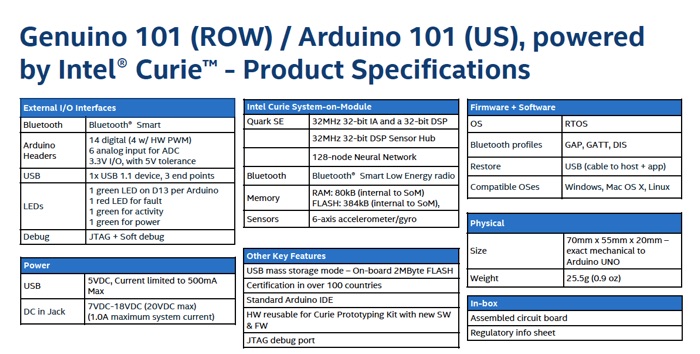