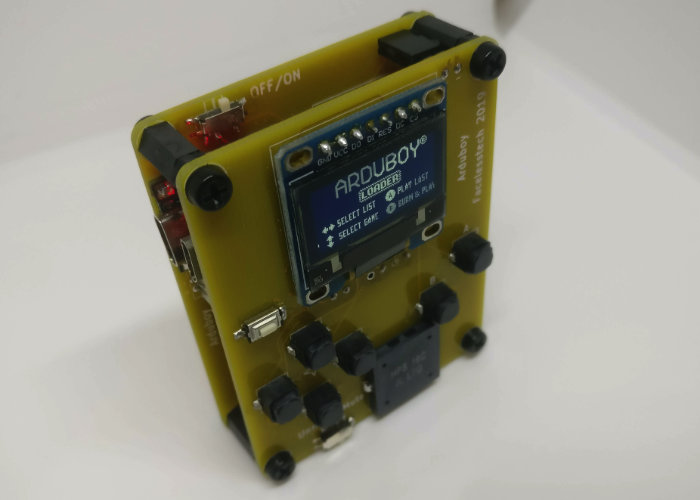 A fantastic portable games console has been created in the form of the Arduboy handheld complete with removable flash cartridge. Using an Arduino Pro Micro development board combined with an SSD1306 0.96” SPI Serial 128X64 OLED LCD the portable games console provides a great way to enjoy your favourite games on the go. Check out the video below to learn more about the Homebrew Arduboy handheld console.

FacelessTech explain more about the build : “I’ve been meaning to get round to doing a Arduboy but never got round to it. I’m quite glad I waited because there seams to be a resurgence in the platform as of late. Also they have added the ability to add a flash cart to your build. What makes all this so easy is its all open source with lots of documentation. Join me below to see how my build panned out… I’ll start with the Arduboy its self. I wanted to make a small Arduboy that anyone with basic soldering skills could make. I don’t think its the easies of boards to solder but its the only way I could make it small enough and have all the features I wanted. I just went with the standard SSH1106 0.96″ screen that most people use in their homemade builds. The buttons I went with are the ones I’ve been using on my other RetroPie builds in the past. They are soft touch but they are not mushy like some are and have a small foot print. I used a SMD piezo speaker with a hardware mute switch because not all games have music toggle.”

Hardware used in the project. :