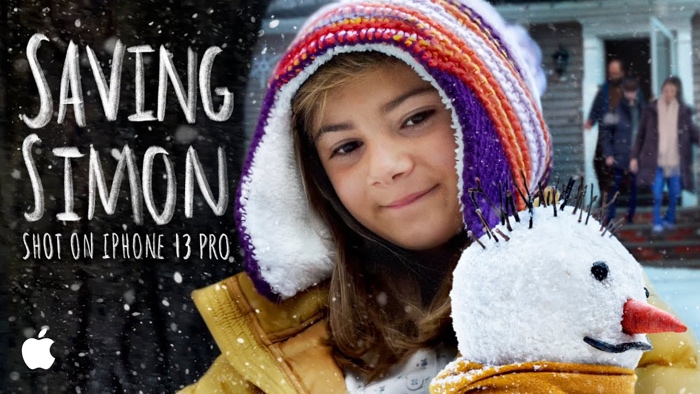 Apple has released its 2021 holiday advert, it is called ‘Saving Simon’ and it was shot using Apple’s iPhone 13 Pro smartphone.

The Apple Saving Simon video was directed by directors Jason Reitman and his father Ivan Reitman and it shows a young girl trying to keep her snowman alive throughout the year from one holiday season to the next.

A story for everyone who can’t wait for the holidays to get here. Directed by Oscar® Nominee Jason Reitman and his father, Oscar® Nominee Ivan Reitman. Shot on iPhone 13 Pro.

The whole advert was shot using Apple’s iPhone 13 Pro smartphone which is impressive, this is Apple’s most advanced iPhone to date and the cameras in the handset are the most advanced and they have some great features.

One of the new features on the iPhone 13 Pro models is a new Cinematic Mode which is designed for videos like the one above. The Cinematic Mode can switch focus from one subject to another whilst recording video, this can be done without any blurring and without the need to refocus. The blur and the focus of the video can also be adjusted after the video has been shot.

The advert is not exactly what I was expecting and there is definitely a surprise in the advert, but it is worth a watch, at least everything turned out OK in the end.