Apple has already shown a glimpse of the mechanics behind their new spiral interface but a new patent now opens up the spiral interface and goes into a lot more detail, even suggesting that the new UI might replace the existing Cover Flow.

The new design is designed to work with both standard and Multi-Touch displays and is thought to make a debut in the new OS X Lion due out next summer. 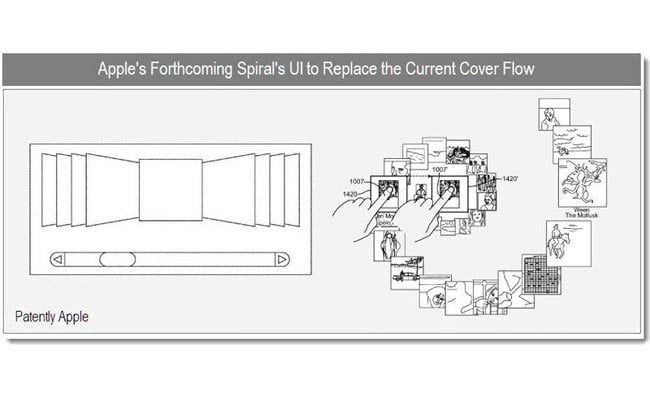 As well as the spiral design Apple has also shown a few other user interface concepts including designs that show the album covers disappearing into the horizon, as below. However these other designs simply dont have the same flow as the spiral and maybe a little to restrictive and even a step backwards from the current Cover Flow. 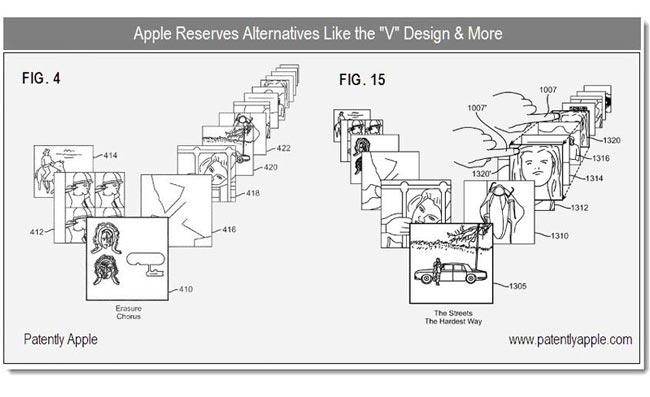