Engadget are reporting that Apple [AAPL} are about to reveal a new version of their Apple TV, and this new version will get a complete re-design over the existing Apple TV in terms of both hardware and software.

According to Engadget’s sources the next version of the Apple TV will be a device based on the iPhone OS 4.0, it will feature the same internal components as the next generation iPhone which include Apple’s A4 processor. 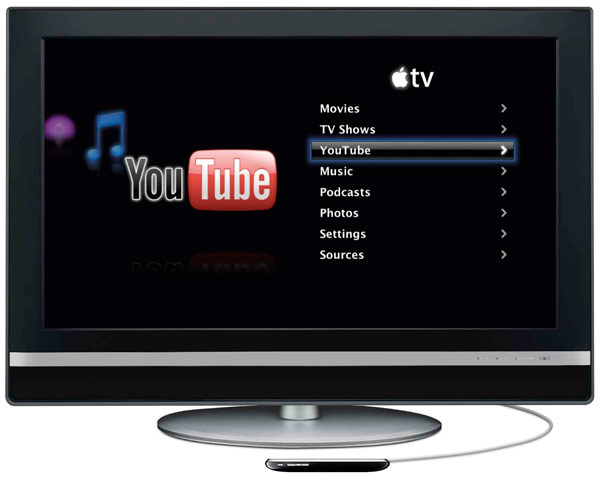 It will basically be like an iPhone, but without the screen and phone components, and it will come with 16GB of flash storage, and will be capable of playing Full HD video on your HDTV in 1080p.

It seems the new Apple TV will primarily use cloud based storage, and you will also be able to stream movies from Apple’s Time Machine external storage solution.

You will also be able to use applications on the Apple TV, in the same way you do on the iPhone and Apple iPad, the best part is it seems like the Apple TV will retail for just $99.

According to Engadget, Apple won’t be announcing the Apple TV at their WWDC next week, it certainly makes sense for Apple to use the iPhone OS for an Apple TV device and we suspect this new version will be a lot more popular than the current Apple TV.