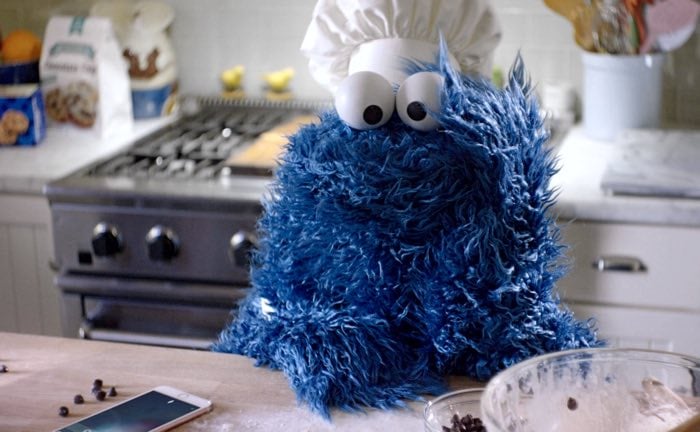 Apple has released a new Hey Siri advert for their iPhone 6S, the latest advert stars the Cookie Monster who is using the hands free feature on Siri whilst baking some cookies.

Apple has released a number of different iPhone 6S adverts starring various celebrities including Jamie Fox, Bill Hader, Jon Favreau and others,  although I think the Cookie Monster is the best one so far.

Apple are holding a press event next Monday the 21st of March, we are expecting to see two new devices, a smaller 9.7 inch iPad Pro and a new 4 inch iPhone SE. We are also expecting Apple to release iOS 9.3 next week and also the latest version of OS X.

We will have full details on Apple’s new iPhone and iPad when they are made official next week.