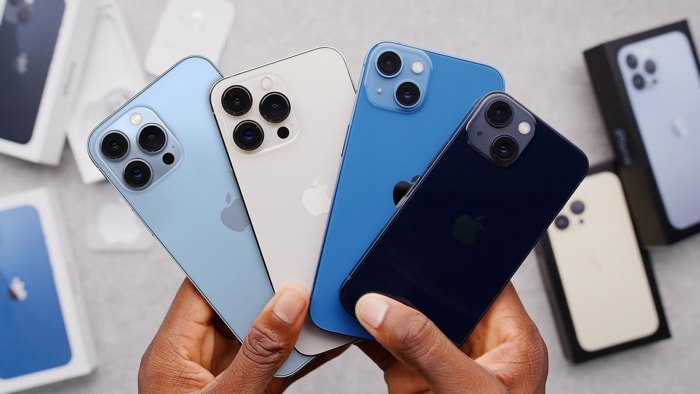 Apple’s new iPhone 13 range of smartphones will go on sale this Friday. There will be four models in the range, the 13 and 13 Mini and the 13 Pro and 13 Pro Max and they come with the new iOS 15 software.

The unboxing video below from Marques Brownlee gives us a look at the new iPhone 13, all four models are shown off in the video.

As we can see from the video there are some minor design changes on the new iPhones over last years models.

The handsets do get a range of other upgrades which include the new Apple A15 Bionic processor and more RAM than the previous models. The storage capacity has also been increased on the top model, this comes with up to 1TB of storage.

The handsets also come with upgraded cameras and larger batteries than last years models, prices for the new iPhones start at $699 for the standard models and $999 for the Pro models.

Apple started taking pre-orders of their new iPhones last Friday and the four handsets will go on sale this Friday the 24th of September from Apple retail stores. The handset already appears to be popular as Apple are showing shipping times for the device on their website in October.

If you haven’t pre-ordered one of the new iPhones and want to pick one up on Friday, then they should be available in Apple’s stores.