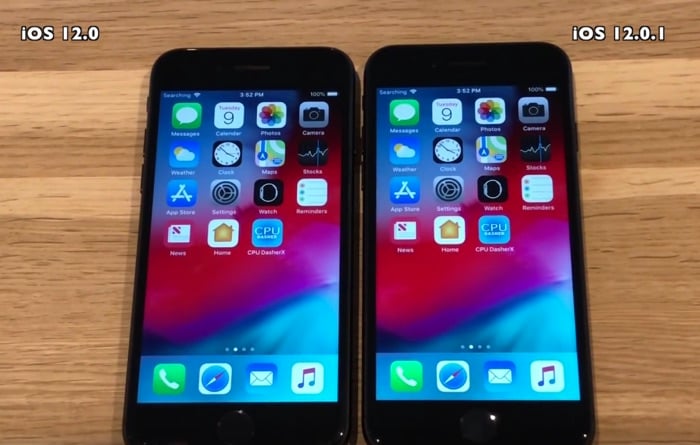 Apple released their iOS 12.0.1 update yesterday, the update is designed to fix a range of bugs in iOS 12, specifically some for the new iPhone XS and XS Max.

Some of the bugs that were fixed included the charging bug where a device would not charge when it was plugged in with the display off.

Another big was related to connectivity on the handsets with both LTE and WiFi, these bugs and other have now been fixed. As this was a recent update it will be interesting to see if it brings any speed improvements to iOS devices.

On the videos below we get to looks at the new software next to the old software on a number of devices, these include the iPhone 5S, iPhone 6, iPhone 6S and iPhone 7, first up is the iPhone 5S.

With the iPhone 7 the handset running the new iOS 12.0.1 software booted up slightly faster than the device running the iOS 12 software. There do not appear to be any major speed improvements in the apps.

It looks like there are some minor speed improvements in booting up on some devices in the new iOS 12.0.1, overall the two versions of iOS appear to be about the same.