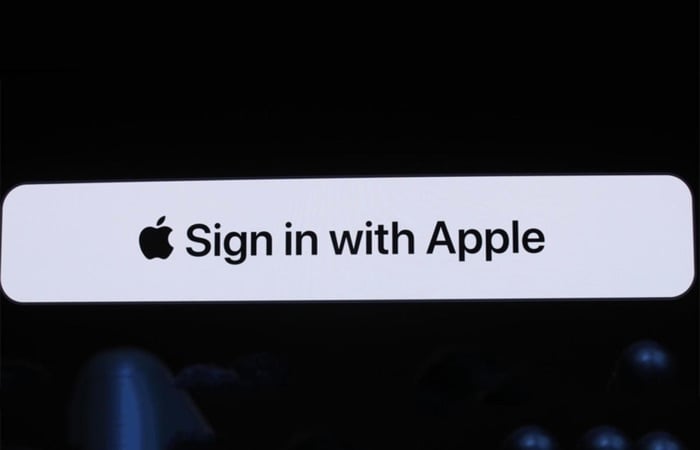 Apple announced their new Sign in with Apple feature as part of iOS 13 at WWDC earlier this week, it works in a similar way to the offerings from Google and Facebook. Apple has made it clear that their version has improved privacy as Apple does not track you.

The new Sign in with Apple feature will be available in Apple’s iOS apps and Apple is looking to get developers to put their first in the list above Facebook and Google.

Apple has released new guidelines for developers to use the feature and it is apparently encouraging them to put its option first. Also if developers want to use Sign in with Facebook or Google then they will have to offer Apple’s sign in feature as well.

Apple’s sign in feature focuses on privacy, Apple will not track you and it also has the added benefit of being Apple to shield your email address and create a random one which can be used instead. This new feature will be released when Apple launches iOS 13 later this year.