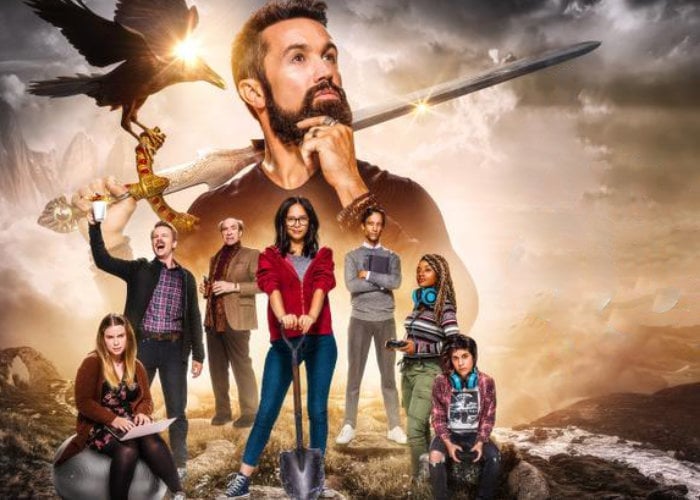 To whet your appetite for the new Mythic Quest Raven’s Banquet Apple TV series, premiering in a few days time on February 7th, 2020, Apple has released another teaser trailer allowing you to meet the team “behind the biggest multiplayer video game of all time”. Mythic Quest is one of the first comedy show launching on the Apple TV+ platform and stars Murray Abraham, Danny Pudi, Imani Hakim, Charlotte Nicadao, David Hornsby, Ashly Burch, and Jessie Ennis.

On January 18, 2020, it was announced that Apple TV+ had renewed the series for a second season, ahead of its season 1 premiere.

“But in a workplace focused on building worlds, molding heroes, and creating legends, the most hard-fought battles don’t occur in the game—they happen in the office. Mythic Quest: Raven’s Banquet is executive produced by Rob McElhenney and Charlie Day; Michael Rotenberg and Nicholas Frenkel, Jason Altman, Danielle Kreinik and Gérard Guillemot, David Hornsby and Megan Ganz.”

The Mythic Quest series is a half-hour comedy series set in a video game development studio and will “explore the intricacies of the human condition through hilarious and innovative ways”.