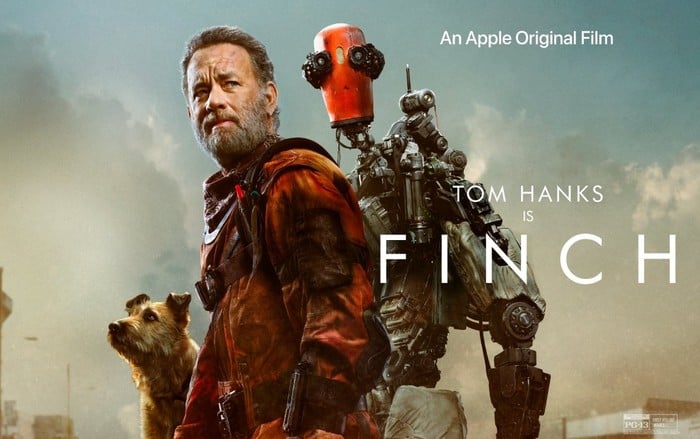 In the film Hanks plays a dying inventor who built an Android to accompany him on a cross-country journey the film is scheduled to be released in theatres back in October 2020 but due to Covid 19 its release has been delayed several times. Previously known as BIOS the film has now been renamed Finch and was sold to Apple TV+.

“Tom Hanks is Finch, a man who embarks on a moving and powerful journey to find a new home for his unlikely family—his beloved dog and a newly created robot—in a dangerous and ravaged world.”

“In October 2017, it was announced that Tom Hanks would star in BIOS, a post-apocalyptic film about a robot who is built by Hanks’ ailing character Finch to protect the life of his beloved dog when he dies. Miguel Sapochnik would direct the film, which would be produced by Robert Zemeckis and Kevin Misher, from a spec script by Craig Luck and Ivor Powell. Several major studios were bidding for the rights of the film, with production expected to begin in early 2018. A few days later, it was reported that Amblin Entertainment had purchased the project, with Universal Pictures set to distribute it.”