It looks like Apple may have quietly updated its Apple TV, although the device comes with the same A5 processor in terms of performance, the latest version actually features a smaller Apple A5 processor.

The guys over at Mac Rumors have discovered that the new Apple TV comes with a new A5 processor which is apparently considerably smaller than the previous versipn of Apple’s A5. 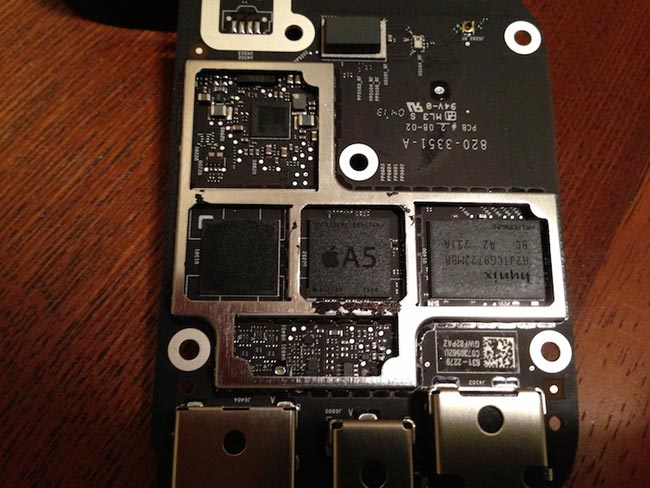 This new A5 found in the tweaked third-generation Apple TV is considerably smaller still, with our measurements putting the chip at just 6 mm by 6 mm.

Samsung had previously made the A5 processor for Apple, and it is now possible that this new version could actually be made by a different manufacturer.